Cherry Smiley, from the Nlaka’pamux (Thompson) and Diné (Navajo) Nations, is an artist, feminist activist, and accomplished speaker on sexualized violence against Indigenous women and girls. She has worked as a front line anti-violence worker in a rape crisis centre and transition house for battered women and their children, and is a founding member of the unfunded activist group, Indigenous Women Against the Sex Industry (IWASI). She was won numerous awards for her work toward women’s liberation including the Governor General’s Award in Commemoration of the Persons Case (Youth Recipient, 2013) and the Simon Fraser University Ted and Nora Sterling Prize in Support of Controversy (2014). Grounded in Indigenous feminist theory, her interdisciplinary research focuses on ending sexualized violence against Indigenous women and girls. Using research-creation as a process and outcome, Cherry’s research extends outside of academia with an aim to improve attitudes and policy regarding violence against women and girls. 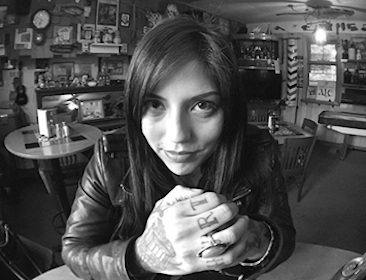