This talk re-examines feminist conceptualizations of the relationship between the cultures of amateur media making and what it means to do feminism. Drawing from contemporary feminist critiques of maker culture and the largely male-identified discourse of the maker as well as recent debates around feminist craft and feminist hacking, this talk re-examines the relationship between making media and doing feminism in an effort to better articulate, and delineate, what scholars and activist mean when they define making as a form of doing feminism. Rather than police boundaries of what feminism is, should, or ought to be, my goal is to examine what distinctions we draw between doing feminism in maker culture and doing activism that is feminist, while recognizing the range of practices that can constitute feminist forms of activism. This talk examines work on feminist zine cultures, feminist hackerspaces, feminist maker discourse, and other articulations of feminism and making, to call for a deeper conceptualization of the relationship between making and sharing media and the recognition of that work as ways of doing feminism. It offers a critique of the ways some feminist media studies work—including some of the author’s own—turns culture as a process of making into an instrument of feminism in order to argue for its political valence, particularly when what seems to matter most in this conversation is the ability—and desire—to materialize the processes of feminist practice and action.

Carrie Rentschler’s research examines feminist activism, media making, gender violence and the politics of witnessing. She is author of Second Wounds: Victims’ Rights and the Media in the U.S and co-editor of Girls and the Politics of Place, and is currently writing two histories: one on contemporary bystander culture, and another on student activism against sexual violence on campuses. She teaches in the Department of Art History and Communication Studies and is associate faculty in the Institute for Gender, Sexuality, and Feminist Studies at McGill University.

The 5 à 7 Speaker Series provides a forum for informal encounters among members of the Studio and the community. It consists of presentations, conversations, or critique seminars by visiting scholars, artists and activists, presentations by Studio members of work in progress (both textual and media-based), and discussions around themes that link the practices and commitments of the Feminist Media Studio community. A common theme of the 5 à 7 gatherings consists in exploring the intersections of research, creation, and political engagement in feminist work (historically, and in our current efforts to articulate our research praxes, collectively). 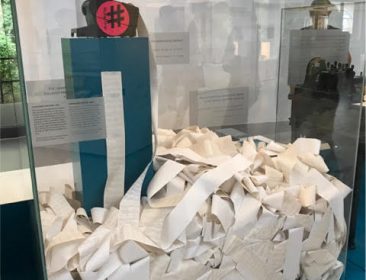