Please note that Elena Razlogova’s talk has been moved to Wednesday, March 29, from previously announced dates in February and early March.

In 1972, Mexican dancer and actress Sonia Amelio visited the Tashkent Festival of African and Asian Cinema. During her visit, she appeared in one Uzbek film, made plans to star in another, and launched a joint film venture with Japanese actor-director Yukio Aoshima. And she did all of this unofficially—the Tashkent festival did not include Latin America until 1976.

Such informal, intimate connections played a key role in cultural exchanges within Cold War film festival circuits. This is true especially in the case of “Third Cinema” and “Third World” filmmakers’ networks that ran through Moscow and Tashkent film festivals. Yet scholars have overlooked these relationships, as well as the culture of radical machismo and the 1960s sexual revolution that formed the backdrop for these exchanges. I will discuss theoretical and archival approaches to the study of unofficial connections at festivals, drawing on the work of Lauren Berlant and Laura Marks, and offer new directions for analyzing the role of intimacy in transnational art and cinema.

Elena Razlogova is an Associate Professor of History at Concordia University in Montréal. She is the author of _The Listener’s Voice: Early Radio and the American Public_ (2011) and co-editor of “Radical Histories in Digital Culture” issue of the _Radical History Review_ (2013). She has published articles on U.S. radio history, music recommendation algorithms, and film translation in the Soviet Union. She was an executive producer on a digital project _Gulag: Many Days, Many Lives_. She is currently working on a history of film translation and transnational networks at Soviet film festivals. 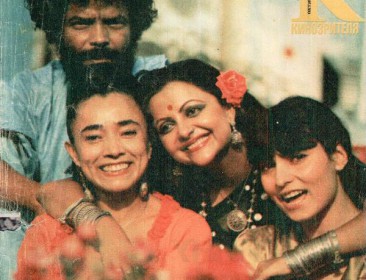