Through the analysis of four interactive installations from Latin America which have movement as its basis, this presentation will demonstrate the need to move away from general and descriptive theorizations of interactive media art, in favour of case specific methods which critically address what interactive behaviours enable and how. The works Erandy Vergara will analyze are: Tunnel (2011) by Rejane Cantoni and Leo Crescenti; Light in Movement (1962-1999) by Julio Le Parc; Proxemia (2005) by Mariela Yeregui; Infinite Justice (2004) by Alfredo Salomón. By looking at the core concepts of movement and orientation, Vergara investigates how each interactive piece re-orients familiar movements and why this matters. This paper argues that while these installations have a moving forward orientation as their basis, the encounter with the observer interrogates movement’s progressive and modern foundation.

Erandy Vergara curates, investigates, reads and writes about contemporary and media art. Her main research interests include feminism, global art histories, curatorial studies, postcolonialism, and critical race studies, with a particular interest in recent remix cultures, the strengths and downfalls of science and technology, decolonial uses of media, feminists and queer phenomenologies, and the aesthetics and ethics of participation. She earned a MA at Concordia University and she is currently a PhD candidate in Art History at McGill University and a recipient of the Doctoral Fellowship from the SSHRC and the FQRSC. She is currently the Programming Coordinator at Studio XX.

The 5-à-7 Series provides a forum for informal encounters among members of the Studio and the community. It consists of presentations, conversations, or critique seminars by visiting scholars, artists and activists, presentations by Studio members of work in progress (both textual and media-based), and discussions around themes that link the practices and commitments of the Feminist Media Studio community. A common theme of the 5 à 7 gatherings consists in exploring the intersections of research, creation, and political engagement in feminist work (historically, and in our current efforts to articulate our research praxes, collectively). 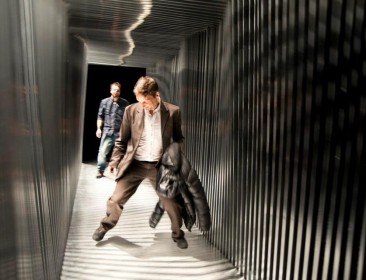