Fanny Gravel-Patry:
‘You Are Not A Failure’: Self-Care as Feminist Activism on Instagram

In this presentation I investigate how female artists used video art in Brazil in the 1970s in the context of the military dictatorship to criticize social, political, cultural and economic structures that placed women as second-class citizens. I selected, as case studies, some videos of Brazilian artists Leticia Parente and Sonia Andrade to demonstrate their construction, against dictatorial repression, of a female subjectivity.

Parente and Andrade filmed themselves performing activities that were pertinent to construct their criticism of women’s conditions in the 1970s. The case studies show how the body of the female artist is the subject of the artistic expression and used, among other objectives, to: place women as politically conscious subjects; show gender normativity under dictatorship; debate women’s desires for social emancipation through joining the labour market and taking control of their sexuality.

In the 1970s the video art productions became popular among artists internationally, and Brazilian artists were not an exception to this artistic trend despite the censorship imposed by a military ruling. This presentation highlights the existence of video art productions outside the art history cannons, specifically in the context of the USA cultural and political intervention in Latin America in the Cold War period. Moreover, these videos by Parente and Andrade remain relevant to discuss the contemporary Brazilian political context with a newly elected right-wing president who support gender normativity and threatens feminist rights advanced over the past thirty years.

Patricia Branco Cornish is a second year PhD student in the Department of Communication Studies at Concordia University. During her Master’s degree in Art History at the University of São Paulo she researched artworks by female artists during the Brazilian dictatorial regime (1960s-70s) with an emphasis on issues of female sexuality and women’s political emancipation. Her doctoral research focus on video art production by female artists in Latin America, specially works developed during dictatorships in the region. She is interested about regional specific political conditions for video making in the 1970s that are linked to other political concerns besides those supported by the feminist movement in North America.

‘You Are Not A Failure’

Under an illustration posted on her Instagram page Les folies passagères, feminist and queer artist Maude Bergeron writes: “You are not a failure and never will be.” Through an operation of the digital image, Bergeron is doing care for herself, but also for her community by encouraging others to accept what society tells them to resent; a reminder that no one should feel any less worthy because of their mental illness.

Caring for oneself and others is central to the fabric of life. Whether it is by taking care of our hygiene, resting or protecting ourselves from harm, all living beings cultivate a need for preservation. However, not much scholarly work has been written on this practice and even less so in the field of communication. While it has been integrated into the jargon of social media influencers to advertise beauty products, feminist self-care, as it manifests on Instagram through pages like Bergeron’s, is rather focused on addressing issues of mental health and structural violence, such as racism and rape culture, as they overlap with questions of gender, race, class, sexuality, ethnicity and ability. In differentiated ways, self-care pages provide tools to deal with these issues in the form of illustrations, scripts, how-to’s and to-do lists. Through an overview of some of these pages, this presentation aims to set the theoretical grounds to interrogate these practices of care that operate in and around the digital image.

Fanny Gravel-Patry is a lecturer and PhD researcher in communication studies at Concordia University. Her research interests are in visual culture, social media, feminism(s), and care. Her doctoral research project focuses on Instagram self-care pages as potential spaces of political transformation. Fanny has an MA in Art History from Université de Montréal. Prior to her doctoral studies, she worked as a communications coordinator for non-profit and cultural organizations in Montreal. 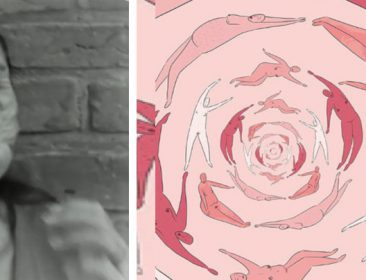