This presentation seeks to explore the moral pragmatics and possibilities of making families outside the bounds of conventional reproduction as represented in popular cultural production. Taking as a starting point 2010’s trifecta of films focused on children conceived with the help of Assisted Reproductive Technology (ART) — The Kids are All Right, The Switch, and The Back-up Plan, – it will explore the ways in which discourses of unconventional reproduction are made morally acceptable and politically benign through the affective narratives of “love” that serve as the impetus for said parents to (pro-)create their children within the civically acceptable bounds of the (homo)national family. Together, these films normalize ART as a key factor in new discussions of reproductive ‘choice’: questions of timing, planning and the ideation of the ‘right’ moment for reproduction reconstitute the notion of choice on neo-liberal grounds. This provides the impetus for addressing the ‘othered’ mothers – the teen mom, the reproductive immigrant/alien mom, the welfare queen, the ART abuser (octomom), – all of whom reproduce outside of this discourse of choice, without direction or control over their overly fecund bodies, thus rendering them abject subjects of neo-liberal governance. Ultimately, this presentation argues that the “loving” imperative to make family in the face of unconventional circumstances is anything but a quirky retelling of an older story full of new possibilities for social enlightenment; instead, these narratives further entrench tropes of acceptable citizenship, (homo)national belonging, and the imagined community of American Empire, and in so doing limit the possibilities of truly radical futures of kinship, social configuration and networks of care.

Rachel Berger is Associate Professor of History and Fellow of the Simone de Beauvoir Institute at Concordia. She is, by training, a historian of medicine and the body in South Asia. In the past, she has worked on the history of Ayurvedic medicine in the context of late colonial biopolitics, Hindi-language discussions of gynecology and reproductive medicine in interwar India, and the visual culture of consumption in the subcontinent; these are addressed in Ayurveda Made Modern: Political Histories of Indigenous Medicine in North India, 1900-1955 (Cambridge Imperial and Postcolonial Studies Series, Palgrave MacMillan, 2013). Her current South Asia-based research project takes up the history of food and nutrition in interwar and early post-colonial India. The SSHRC- and Wellcome- funded project is set against the dual poles of interwar biopolitics and the evolution of consumption in the subcontinent, this project takes up the history of health, the evolution of governmentality, the development of popular culture and the shifting mores of Indian life in modern times. Rachel also has long-standing scholarly and activist interests in queer lives (in theory and practice), reproductive politics, and questions of power in relation to the formalization of political and activist practices. Her new work on this subject, entitled Reproductive Politics in Queer Times, centers on evolving discourses of ‘choice’ in neoliberal times. Using perspectives from ethnography, textual & cultural analysis, legal studies, and queer theory, this project and takes up questions of reproduction and coupling set against the backdrop of homonationalism and the economization of life.

The 5-à-7 Series provides a forum for informal encounters among members of the Studio and the community. It consists of presentations, conversations, or critique seminars by visiting scholars, artists and activists, presentations by Studio members of work in progress (both textual and media-based), and discussions around themes that link the practices and commitments of the Feminist Media Studio community. A common theme of the 5 à 7 gatherings consists in exploring the intersections of research, creation, and political engagement in feminist work (historically, and in our current efforts to articulate our research praxes, collectively). 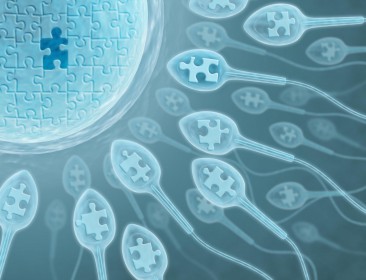