Jonathan Sterne – We Otter Not

This piece dramatizes the process of automatic speaker identification.

In 2020-1, more than a million Canadians moved their university education online, using Zoom for meetings. Access advocates quickly noted that Zoom has a captioning function, and urged people to use it. Most users chose automatic captioning, which is provided by a company called Otter.ai. Otter’s user agreement says that its users do not own any data that result from the processing of their voices. One such kind of data is voiceprinting. Like fingerprinting, the idea is that each person’s voice can be uniquely identified. The science behind voiceprints is not very good or accurate. But that has not stopped the machine learning industry from trying.

For “We Otter Not,” I sent a request to the students in my “Disability, Technology, Communication” seminar to use the sound of their voices—but not what they said—as the basis for a piece about voice identification (I sent the request after grades were posted). 6 out of 14 students consented. If the same basic rules of consent were applied to Otter, it would not have millions of voices to process.

Jonathan Sterne (sterneworks.org) is a professor at McGill University. He also makes music and sound art, alone and with others. He is author of Diminished Faculties: A Political Phenomenology of Impairment (Duke, 2021); MP3: The Meaning of a Format (Duke 2012), The Audible Past: Cultural Origins of Sound Reproduction (Duke, 2003); and numerous articles on media, technologies and the politics of culture.  He is also editor of The Sound Studies Reader (Routledge, 2012) and co-editor of The Participatory Condition in the Digital Age (Minnesota, 2016).  With co-author Mara Mills, he is working on Tuning Time: Histories of Sound and Speed.

representing the sum total of sounds that you hear.

From left to right, there are the colours violet, indigo, blue, green, yellow, orange, red.

become visible, and fade, within each band.

Total darkness indicates the absence of a frequency.

The colours will continue fallling on the screen for the duration of this piece.

Customer retains all ownership rights to the User Content processed using the service.

with the right to sublicense

export, process, transform, and distribute your User Content, in whole or in part

[continues speaking but overtaken by choir]

[continues speaking but overtaken by choir]

and through any media channels now known or hereafter developed

and through any media channels now known or hereafter developed

and through any media channels

[Ponderous man, with anticipation]
Every mouth makes transients, or, let’s crunch some data.

Otter.ai shall have the right to collect and analyze data and other information

relating to the provision, use and performance of various aspects of the Service.

The Service may be implemented using machine learning systems

with features and implementations designed to generate statistics,

calibrate data models, and improve algorithms in the course of processing

[Ponderous man]
Every speaker has a cadence.

generated by Company or the Machine Learning generated

in the course of providing the service.

Then the waterfall of colour will run out

dropping into a blackness that eventually takes over the screen.

There is nothing left to hear.

There is nothing left to analyze.

There is no one left to identify.

[A drone starts, it seems like one voice, and then multiple voices. It’s a fuzzy choir stuck in time]

[The fuzzy choir gets louder and louder]

[The stuck choir gets unstuck and suddenly leaves]

[Indistinguishable chatter surrounds you, like you’re in the middle of a conversation]

[People are talking but it’s impossible to make out what they are saying. The voices sound high pitched and percussive]

[Maybe the word “normalize” can be heard at one point.]

[The crunchy voices and sandwich continue]

[Wow, that must have been a really good sandwich. Lip smacking, swallowing, and chop licking]

[Each one sounds different, but it’s impossible to make out what they are saying]

[They surround you. Ongoing]

[a fish-person talking on and on underwater]

[with user agreement woman and a distorted voice adding emphasis] 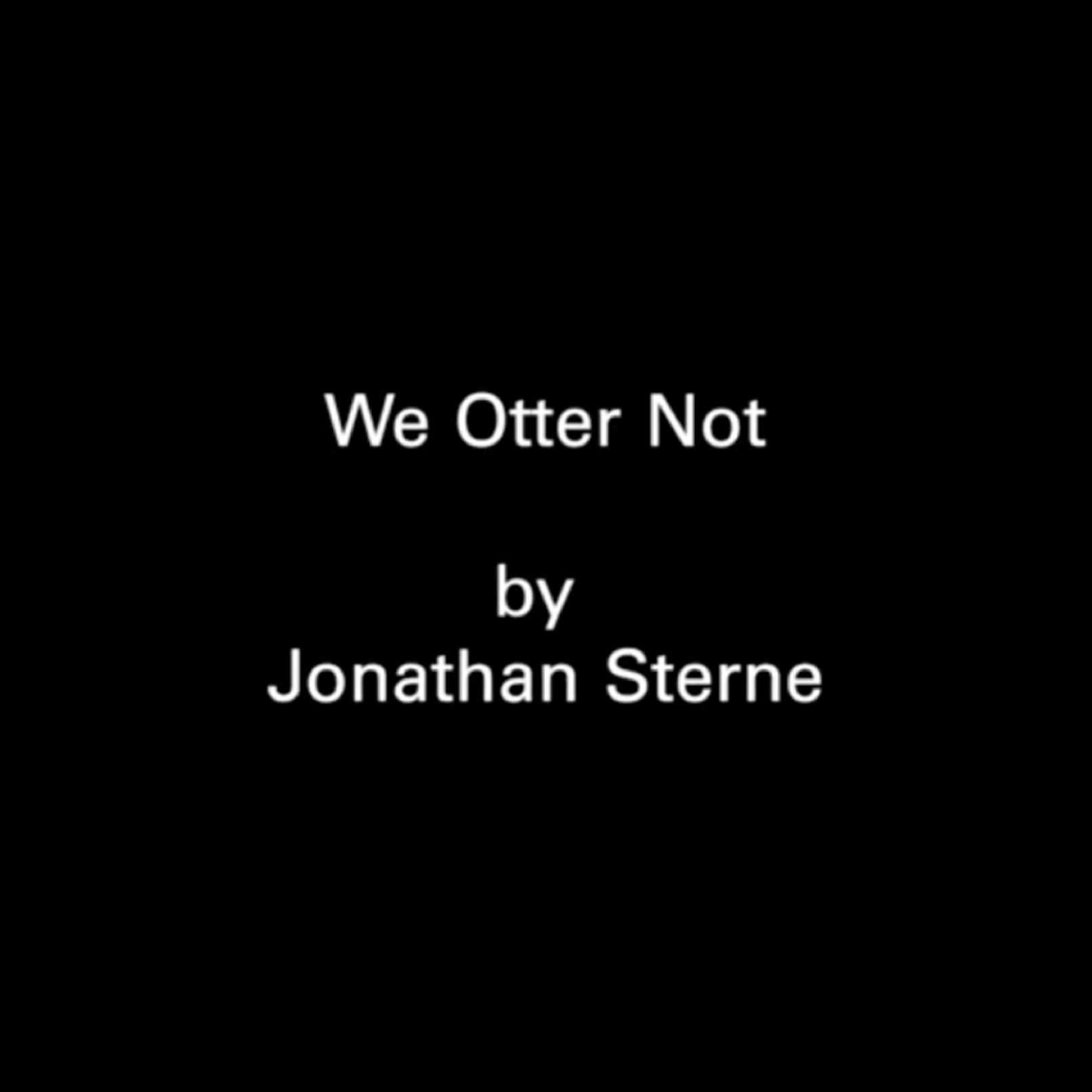