Krista Lynes – The Privilege of Quiet

Early COVID reporting highlighted how the confinement had quieted human activity and left room for nature to sing again. This seemed like the only good news in a sea of reports of contagion, illness and death. It was read as a sign that perhaps COVID-19 was healing the world from the wounds of anthropogenic climate change. The Privilege of Quiet seeks to distance itself from this celebration of nature’s triumph, to listen to what is not heard in both hopeful recordings of bird songs, and apocalyptic ones of sirens wailing: the cacaphony of “essential services” and the precarity of labourers who continued to show up to work. The rhythms of these places are noisy, but also repetitively ambient, holding their own non-alarming but steadily exploitative drum beat. In listening to “essential workplaces,” the piece asks how quiet and noise might be more justly distributed, and how this might contribute to more socially and ecologically liberatory futures. The one non-archival sound is of frogs’ mating calls, mistaken for a car alarm. It provides a coda for thinking the reversals and inversions of nature and culture, noise and silence, and quiet and cacaphony.

Krista Lynes’s research examines the intersections of video art, documentary, and independent film in making visible emergent feminist political subjects, as well as multiple visions of social life under conditions of duress, political struggle, disenfranchisement or exploitation. Her focus on the politics of visibility engages feminist and queer theories, theories of the body and gender (as articulated in and through contemporary art and media), postcolonial and transnational examinations of culture (nationalism, belonging, border politics), questions of witnessing, spectatorship and encounter. She is currently working on two research projects: the first examines the aesthetics of ‘groundedness’ in representations of popular struggle and protest; the second representations of blood ties, blood, and kinship structures under the conditions of globalization and transnational migration.

When the pandemic confinement quieted the streets of human traffic,

people noticed that they could hear birds singing in the city, and wildlife that had been muted by urban noise.

Folks shared recordings from their balconies.

Reports emerged that the oceans were quieter.

And seismologists’ instruments could now “hear” the earth’s vibrations better.

This momentary illusion fed dreams that we could decelerate. And somehow slow down.

Birds were the sound of ecological justice; of healing despite our isolation.

But who had access to that particular kind of quiet?

How is that quiet tied to the privilege of confinement?

What other forms of quiet and noise continued their drum beat for “essential workers” who stayed on the front line,

despite the risks of contagion?

What is the cacaphony of being ‘essential’?

What is the relation between precarity and noise?

Between privilege and silence?

Could quiet itself be a right?

Could cacaphony be better distributed?

What other sound might resound on the front line?

[sounds of frogs mating: a kind of hollow chirping sound, somewhere between birdsong and car alarms]

[beginning of the rhythmic sound of a ventilator in an ICU]

[layered over those sounds: the sound of the rolling metal of a conveyor belt: rumble rumble rumble…like round hard objects rolling across a floor]

[layered over those sounds: machines moving, lifting, sorting. A high pitched, grating, whiiiiiiine in the background, and shuffling, grinding in the foreground.]

[layered over those sounds: robotic movement and clicking: bzzzt, bzzt, click. And then: gnneee, gneee]

[layered over those sounds: a robotic tractor. Not a grumbling sound, but a kind of high pitched airy sound.]

[layered over all the sounds: the sound of a grocery store check-out line. The scanner beeps. Plastic bags shuffle. A faint greeting: “Bonjour, hi!” And then the grocery sound fades.]

[one by one, the sounds begin to fade: tractor, then machines, then robotic movement]

[the same voice picks up again] 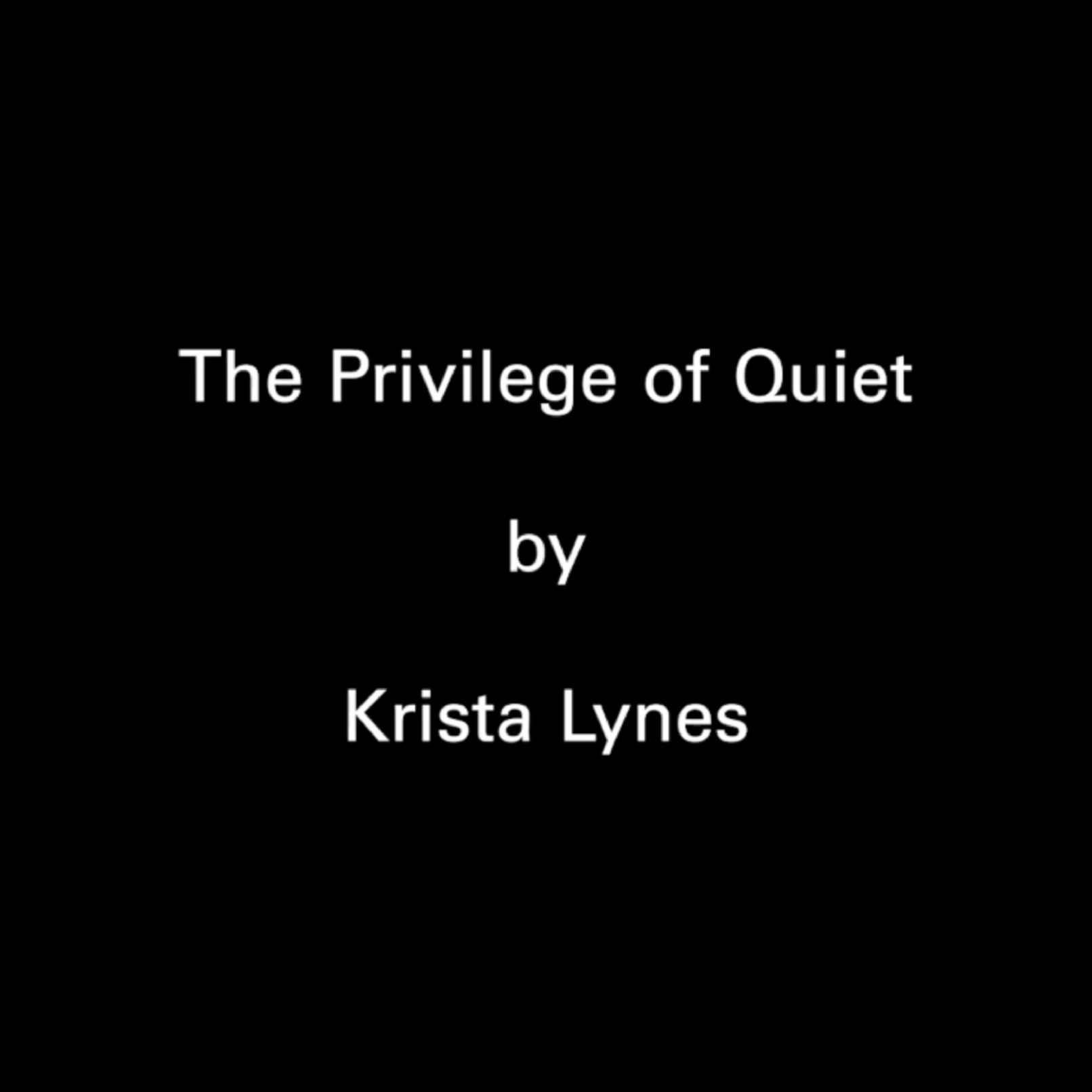