From intimate portrayal to experimental cinema, this program of queer shorts from Palestine and Lebanon examines the intersection of gender and sexual identity with the Palestinian liberation struggle.
This event is part of Queer Cinema for Palestine, a collectively-curated 10-day film festival celebrating global queer realities and standing in solidarity with Palestine. The festival will open its virtual and physical doors from 11-20 November and host more than a dozen events across five continents, both online and in person.

This program will feature the following queer shorts:

HOURIA
(Raafat Hattab, 2011, Palestine, 6:55 min, Arabic with English subs)
While Hattab’s Houria locates freedom in the sexless mermaid, whose human anatomy is truncated from the waist down, his “Bride of Palestine” alter ego uses gender as a tool to problematize political oppression.

MONDIAL 2010
(Roy Dib, 2014, Lebanon, (19:17min), Arabic with English subs)
Mondial 2010 is a film on love and place. A Lebanese gay couple decides to take a road trip to Ramallah. The film is recorded with their camera as they chronicle their journey. The viewers are invited through the couple’s conversations into the universe of a fading city.

CINEMA AL FOUAD
(Mohamed Soueid, Lebanon, 1993 (41 min), Arabic with English subs)
A documentary on the life and ambitions of a young Syrian trans woman. The video follows her journey from soldier to cabaret dancer in an effort to raise funds for her sex-change operation.

The live screening is scheduled for Monday November 15, 2021 at 7:00pm at La Sala Rossa and will feature a discussion led by the Palestinian Youth Movement. Masks are required of all those wishing to attend. Additionally, VaxiCode passes will be checked.

Queer for Palestine will also be accessible via online screening from November 15, 2021 until November 20, 2021. The online streaming includes a pre-recorded discussion with filmmakers Roy Dib and Raafat Hattab. 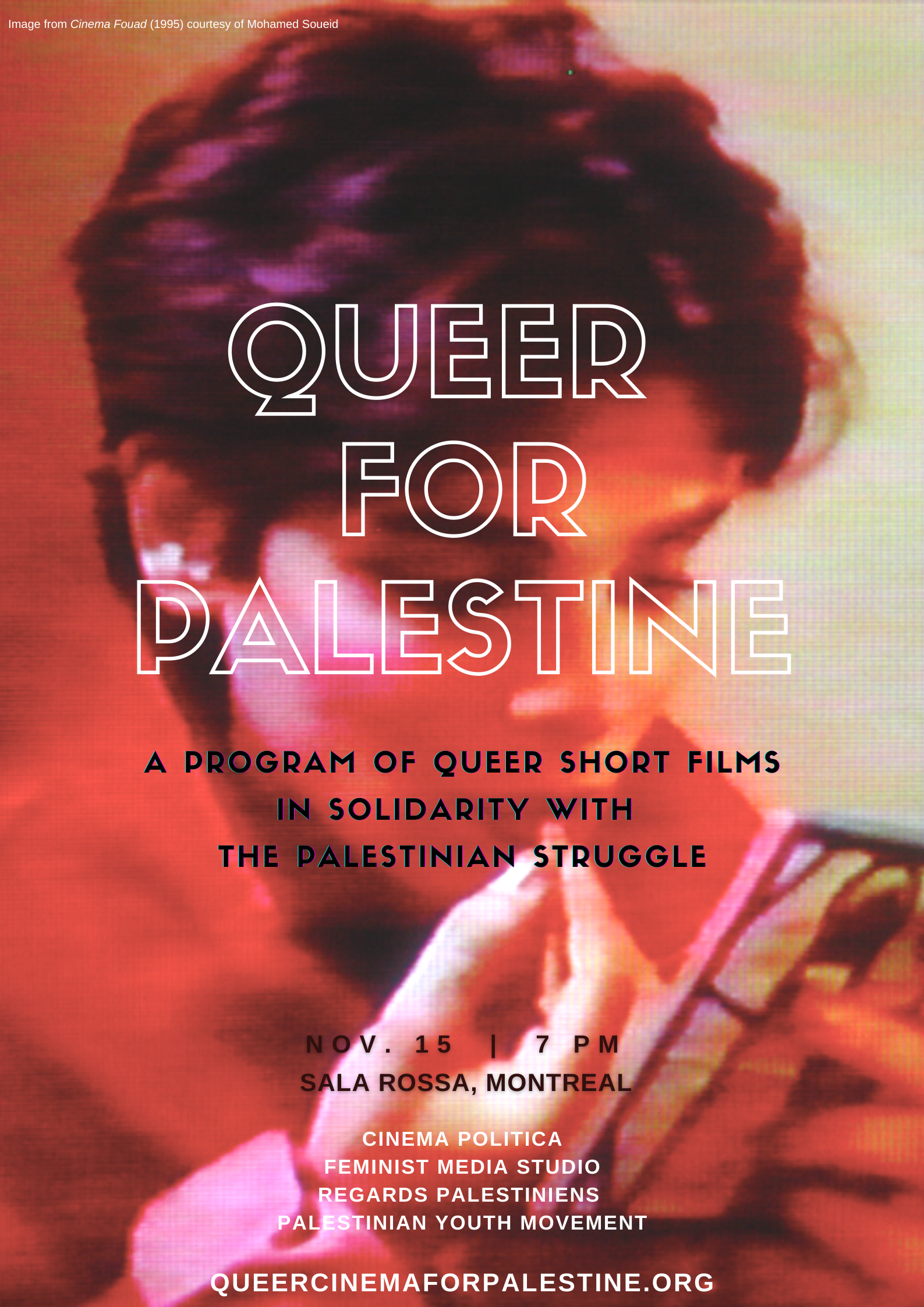