Talking to Each Other: A Collective Sounding Project

A multi-media, collaborative research-creation project directed by Simone Lucas, with Access in the Making Lab (AIM) and the Feminist Media Studio (FMS), in partnership with Accessibilize Montreal and Suoni Per Il Popolo.

In this project, the FMS, AIM, and our community partners, want to collectively work, tinker and experiment with the frictions and challenges between technologies, access and critical forms of media making. To explore these questions, we are launching Talking to Each Other: A Collective Sounding Project. Over the course of this initiative, FMS & AIM members and affiliates will be invited to create recorded narrative, interview, sound art, and multi-sensorial pieces on the theme of access, sound and technology.The project emerges out of the FMS’s recent installation of a sound recording booth in its production suite. In purchasing this equipment, the FMS was excited to make sound recording accessible to student members for whom access to sound studios on campus and off was frequently restricted. Researching this purchase, however, exposed the fact that accessibility was far from an open and shut deal. The size and design of the sound booth raise challenges—if not outright barriers—to many people with disabilities. The title of the project is inspired by the words of disability justice activist, journalist, and project collaborator Aimee Louw, who once remarked about our booth’s size limitations: “we like to talk to each other”. The statement reflects the fact that most studios, artistic spaces and technologies for sound creation in Montreal exclude disabled people. In so doing, they exclude and limit possibilities for public, creative and artistic exchanges by and between disabled people themselves.The inaccessibility of the sound booth is multifaceted. In addition to its design limitations, it is located in a cloistered campus, subject to the sanitary regulations of the pandemic. Access to recording requires a Concordia University ID, and perhaps permanent residency status or a recognized student visa to secure entry to this piece of so-called Canada. Underlying these physical, legalistic and bureaucratic forms of exclusion are symbolic barriers that make the University a rarified space for so many.In this project, the invitation is:

Questions of access instigated research into a sound studio in Spring 2019, when the FMS was awarded a Canada Research Chair renewal fund to purchase new media equipment. Graduate students and faculty working in the humanities and social sciences generally do not have access to sound studios. For the purposes of voice overs, interviews, foley recording, and more, this lack of access can have great impacts on creative process, ease of workflow, and quality of outputs. We thus set out to meet the FMS members’ need for sound recording facilities.Working within the confines of our budget and room allocations at the FMS, we chose to purchase a stand-alone recording booth by Studio Bricks. It soon became clear, however, that the booth we had selected was inaccessible.Could this sound booth be made accessible through invention and additional resources? We partnered with Arseli Dokumaci, director of the forthcoming Access in the Making Lab. After ongoing research (considering an enlarged booth, the addition of an automatic door and a ramp), the booth continued to have significant barriers to access. The very design that improved the soundproof quality of the booth also made it inaccessible: a lip on the heavy door to create a seal, an elevation making distance from reverberations on the ground. We reviewed the booth with Aimee Louw and Paul Tshuma: expert access consultants, sound producers, and members of the local disability justice collective Accessibilize Montreal. They reminded us that, among other concerns, the size of the enlarged booth we had selected would allow for two able-bodied people to do an interview, but only one wheelchair user. As Aimee stated: “We like to talk to each other”. In addition, we learned that there are few, if any, accessible sound recording studios in Montreal.Given the high costs of accessibility additions and the limited improvements they seemed to provide, as well as other institutional constraints, we resigned ourselves to temporary failure on building accessibility into an inaccessible booth. We chose to move forward with our initial choice: the small, shower–sized booth with no ramp. Expanding on the booth and adding a ramp is still an avenue we hope to pursue in the future.In March, we ordered the sound booth just as the COVID-19 lockdown was announced. Since then, questions of access have shifted and expanded: many are confined to our homes, universities are closed, and resources are even more scarce than they once were. For those who already faced structural inequalities and barriers before the pandemic, including people with disabilities, undocumented peoples, and the working poor, current restrictions and lack of support has resulted in extreme scarcity and exacerbated the “crises” of many. The FMS has also become more aware of the ways our space and resources were already unavailable to most community members pre-lockdown, while it currently remains closed to most students as well.

Our Collective Sounding Project invites FMS members, AIM members and affiliates to create critical sound art with the support of the FMS and AIM equipment, staff, and academic resources. Our objective is to collectively and creatively explore access, sound, the senses, and recording technologies themselves, through the frameworks of critical feminist and disability media studies.We are inviting collaborators to reflect and make with us, about access in an open ended, intersectional ways. We are also thinking of the sound booth as an assemblage of technologies and social relations, and of aesthetics as a politics of access.On themes of access, we are asking:

On the sound booth and sound recording as technologies of access, we are asking:

For the first phase of the project, FMS and AIM members will record and produce short audio pieces on the theme of access in the context of a two-week workshop lead by Piper Curtis and Razan AlSalah. In addition, Aimee Loew, Paul Tshuma and Simone Lucas will hold a public conversation on the project questions and themes. Our work will be launched in June with the Suoni Per Il Popolo Festival, and on the FMS and AIM websites.

We are excited to share the results and be in conversation about the first phase of Talking to Each Other: A Collective Sounding Project. Stay tuned! 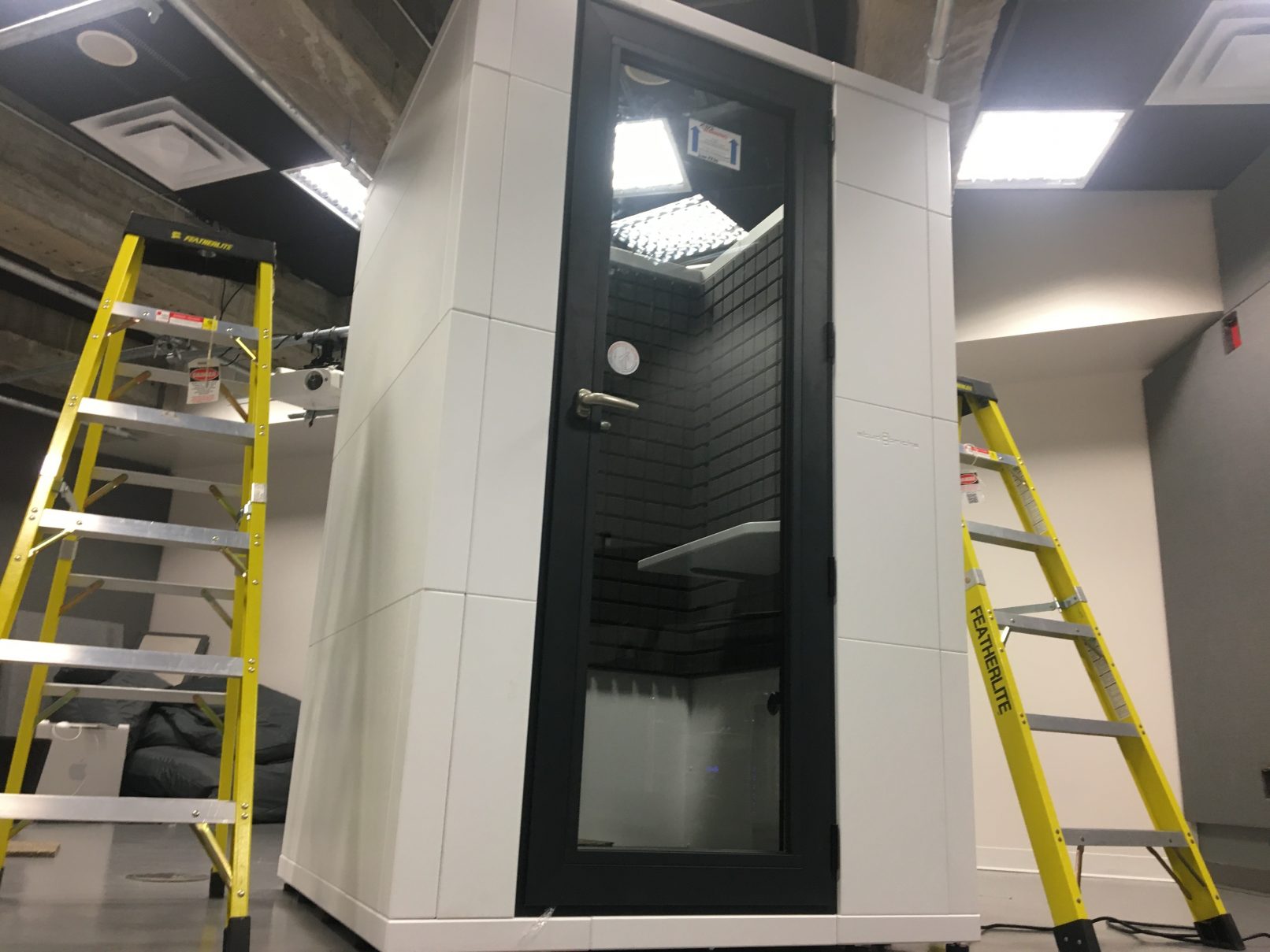 [Image description: A lower angle photo of the sound booth, in the process of being installed in a gray and white space. Two yellow ladders standing on both sides of the booth] 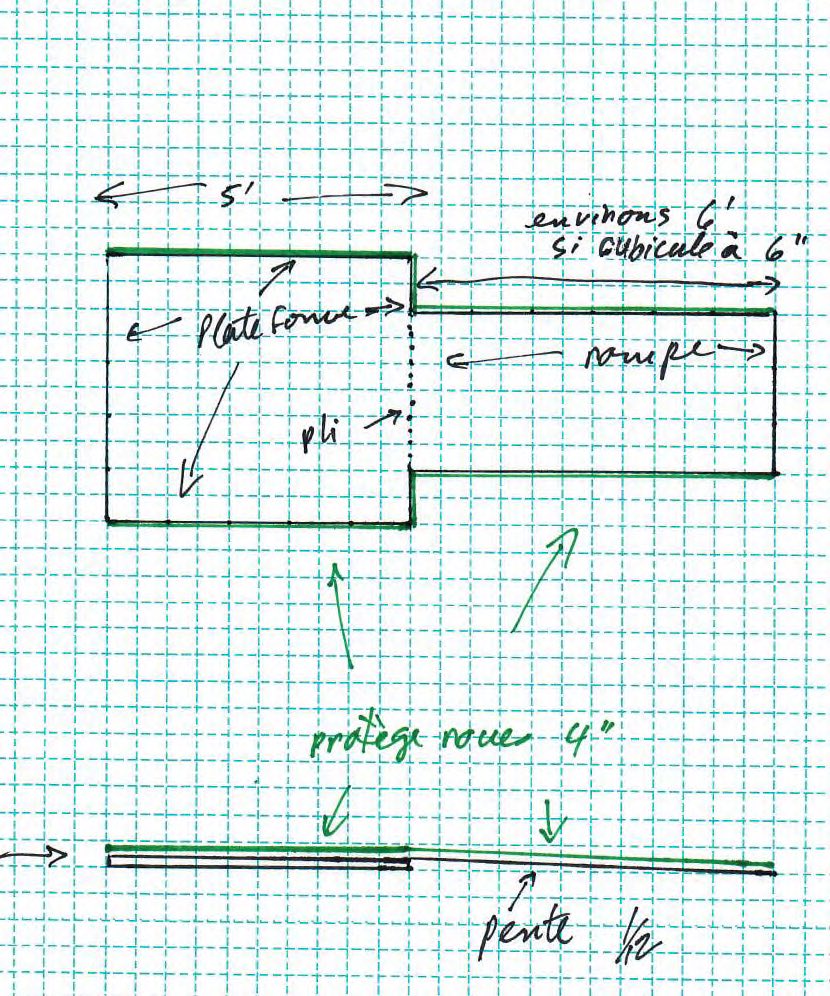 [Image description: A hand drawn illustration of two adjacent rectangles (with some handwritten notes) on a squared paper] 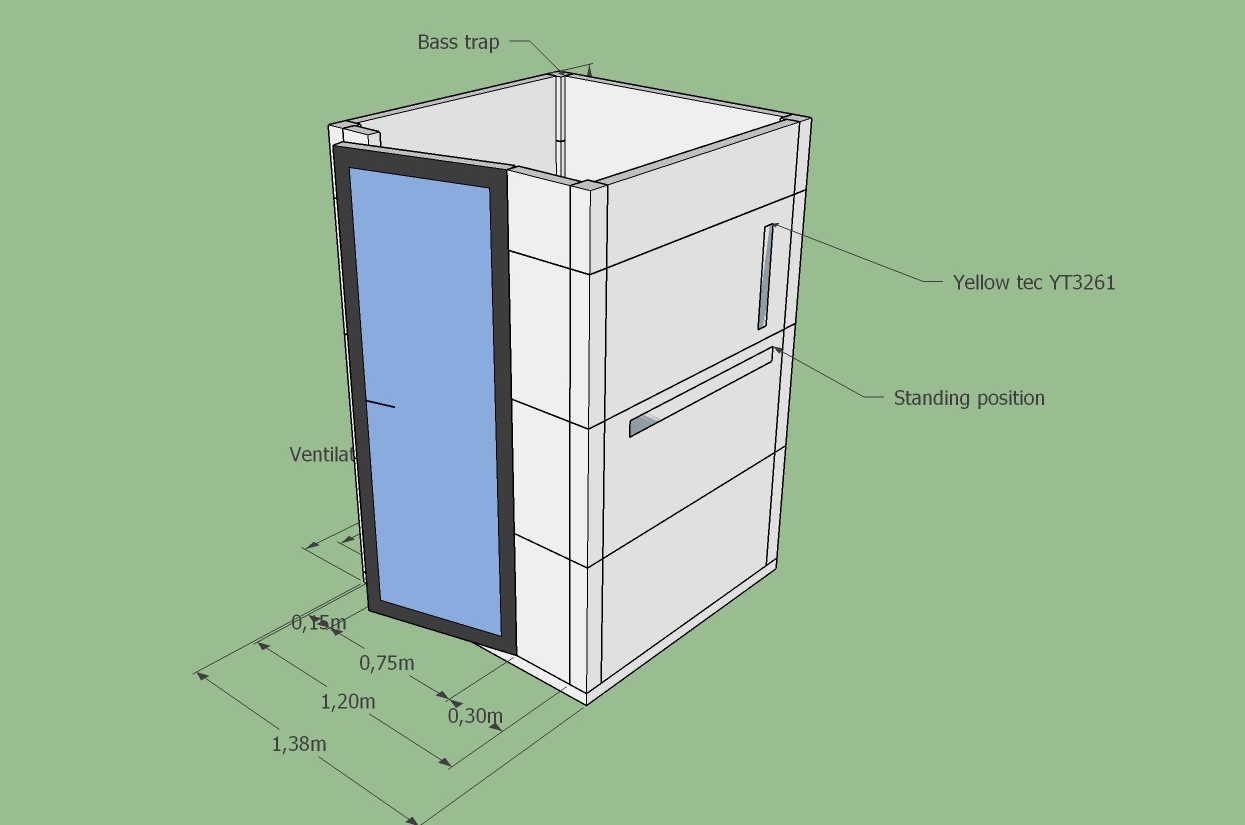 [Image description: An illustration of the sound booth (walls in white, door in blue) against green background with the following measurement specifications: door frame width 0,75 m; the overall width of the wall with the door 1,38 m. Ventilator located on the left hand side of the booth.] 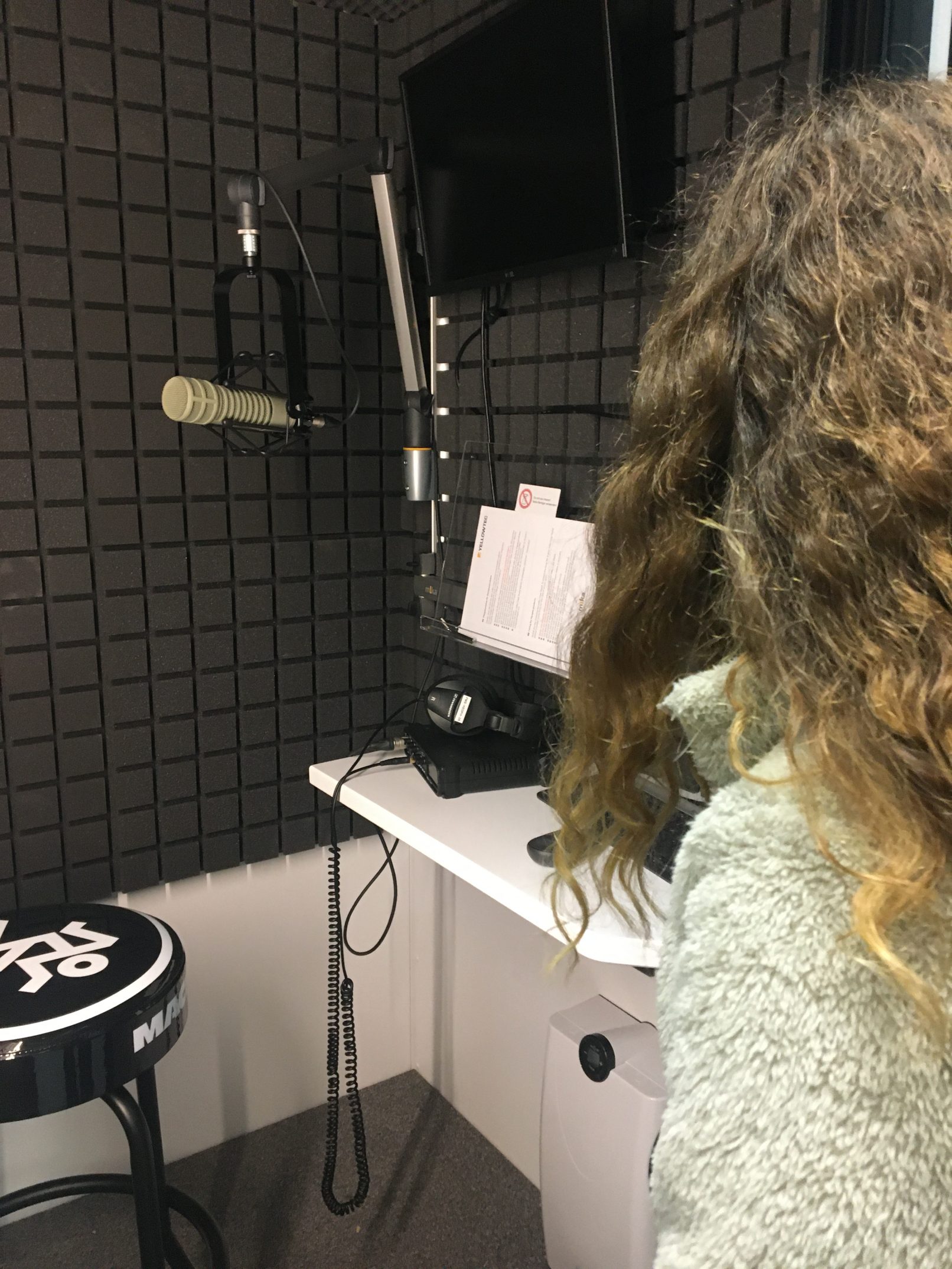 [Image description: Inside of the sound booth. On the right-hand side, we see someone from the back with long curly hair. Inside the booth, is a wall-mounted screen, a black stool, a white microphone on an adjustable arm, and a headset on a small white counter. 1/3 of the walls from the bottom are white and the rest 2/3 is black with square texture]