The Feminist Media Studio Lobby Screen is pleased to present a new video piece by Krista Geneviève Lynes titled The Sea is not a Road (26m 19s, 2019).

In the contemporary geopolitics of the Mediterranean—defined by the “crisis” of migration—our capacity for imaging and imagining the sea has been reduced by the tropic force of border and road, by the architectonics of crossing. It is no accident that the figure that has emerged to condense the ‘migrant crisis’ in a visual form is Théodore Géricault’s Raft of the Medusa (1818-19). The painting of a group of people set adrift on a raft, left to die of starvation and dehydration has effectively allegorized the humanitarian crisis of migration in recent years. It has appeared in newspaper Op-Eds, documentary films, homages by artists, urban stencils, journal articles, and other locations. The force of this figure lies in its providing the shorthand form of a politics of exclusion and abandonment, tied to the trajectory of crossing. It also, however, binds the Mediterranean to acts of exclusion, and thus figures the Mediterranean on fixed terms, which prioritize (even as it tragedizes) ‘Fortress Europe’. The Sea is not a Road is a catalogue of research efforts to think and visualize the Mediterranean otherwise, to locate in its vast but intimate expanse something other than an extension of Europe’s bordering regimes. The marégraphe, an oceanic observatory in Marseille, emerges as a technology—a sea writer—for thinking representations of the sea from the degree zero of altitude, the “sea level”. Beyond the ability of the sea to vulnerabilize sites of passage (the harnessing of winds, waves, currents, leaks to distribute fragility across the waters separating north from south shores), and beyond the fragility meted out by multiple agents (security forces, coast guards, militias, customs agents…), how can one flesh out the Mediterranean as a fraught site of passage and persistence? How does thinking the Mediterranean (paradoxically) as a ‘fragile border’ force us to rethink what is fragile about a border? And to rethink the status of the geo-politics of the Mediterranean in the current conjuncture? 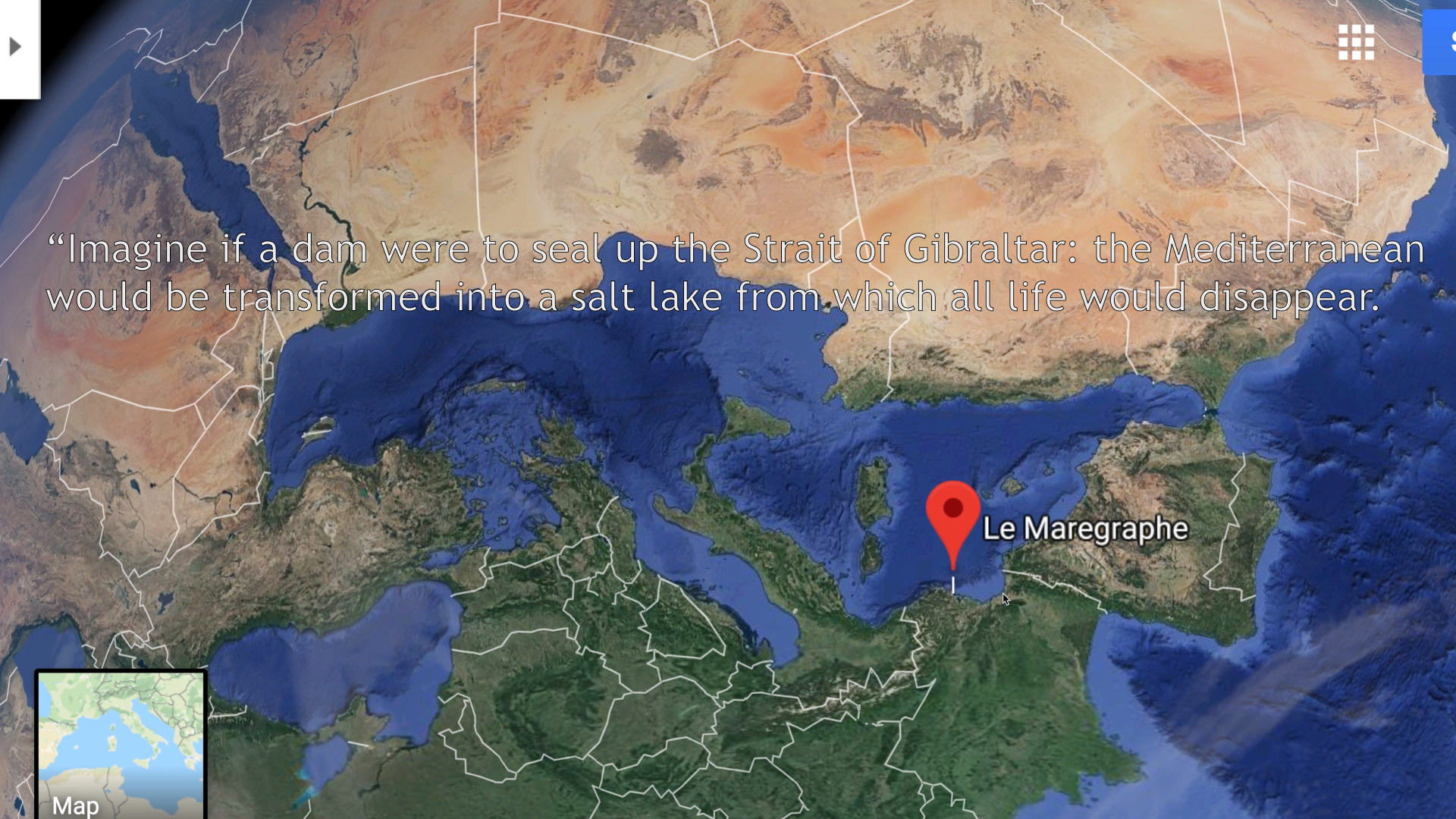 The Sea is
not a Road