Doing Feminism in the Pandemic – Yama Feminist Collective: Practices of decolonization in the museum & rethinking exhibition in a time of COVID

María Fernanda Cartagena (Ecuador) is a well-known scholar and curator who explores the links between contemporary art and politics, the insertion of art into the public sphere, community art, alternative pedagogies, and the relation between culture and colonialism. María will discuss her collaboration as a curator with the art collective “Yama” who bridges feminism, indigenous spirituality, and co-creation between mestizo and Indigenous people in Ecuador. She will discuss a series of events/workshops organized in her capacity as the Director of the Casa del Alabado pre-Columbian Art Museum in 2017. This event involved pedagogies and practices of decolonization involving exercises with pre-Columbian art figurines of Valdivia culture (3500 B.C. – B.C. 2000). One of those exercises was conducted by the art collective “Yama”. María will also then explain how the collective is working in a time of COVID.

María has influenced the direction of curation in her capacity as the Director of the Fundación Museos de la Ciudad (City Museums Foundation) in Quito, and also as the Director of Casa del Alabado Pre-Columbian art Museum (2016-2019). As Director of the Fundación Museos de la Ciudad (2014-2015), she organized “Spiritualities in Quito” a series of exhibitions and public art events about the richness and diversity of spiritual and religious practices alive in the city. She was curator of “De tu puño y letra. Diálogos en el ruedo”, a large-scale public art intervention under the artistic direction of Suzanne Lacy (2015) that addressed violence against women and involved hundreds of partners.. María holds a degree in History of Art from The American University Washington D.C. 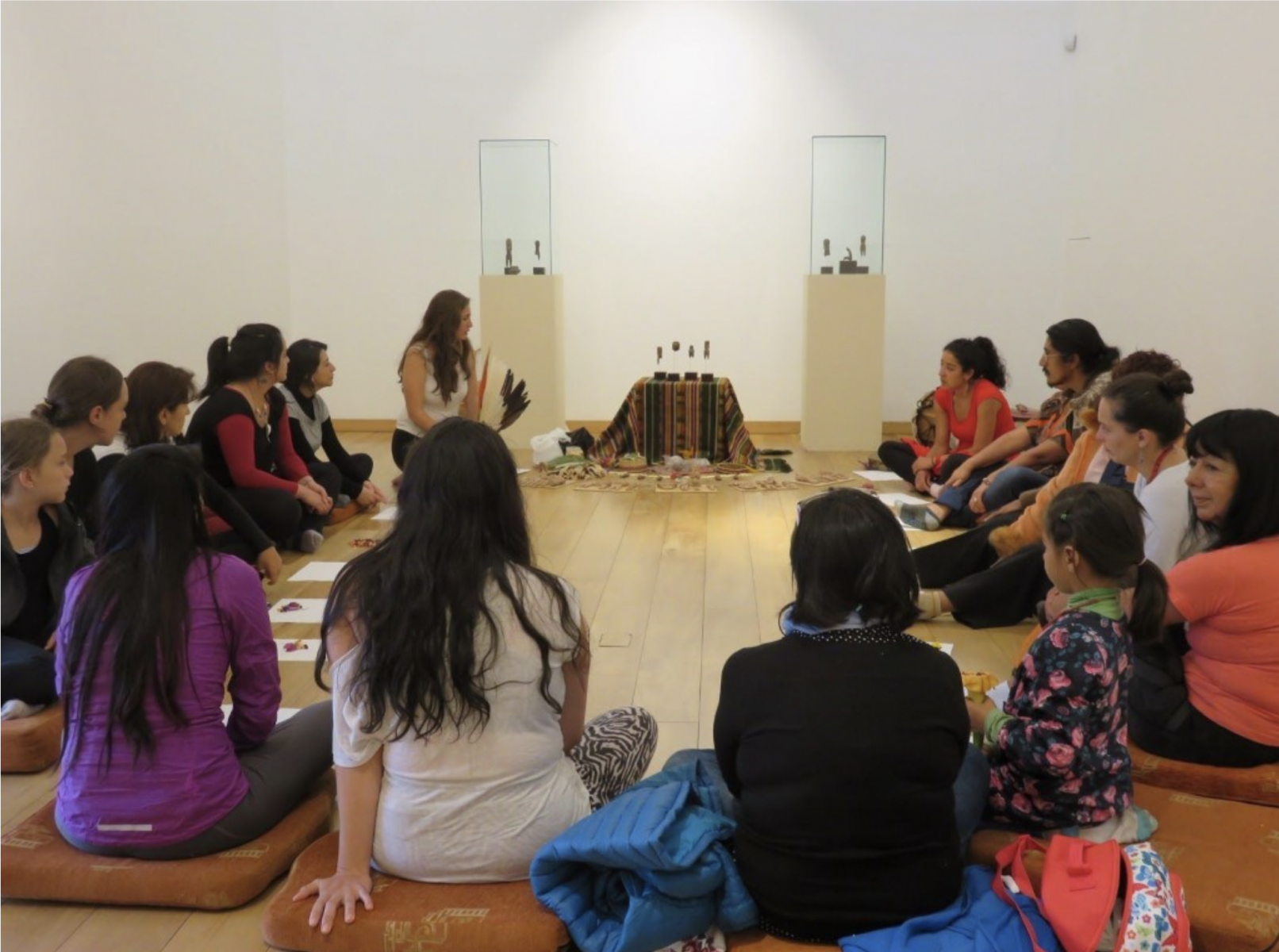