Playing on the more recent slogan “F for Feminism”, our title usurps Orson Welles’ eponym film title. This program explores notions of make-believe as used by feminist video artists in order to make visible highly formatted social expectations, reified cosmetic imperatives, but also spurious feelings/bodies, practices and becomings through play, parody and other strategies of self-making. In wanting to address essentialism, the un/natural and in/authenticity in a humorous or oblique way, the program gives space to forgery, kitsch and synthetic matters. F for FAKE is about the performance of femininity, the definitions, limits and functions of the human/body, the choreographic gendered, cultural and racialized social dance of the everyday life and imagined futures.

In an all-beige office, secretarial daisies type, print, process, copy, file, and shred important flower documents. Inspired in part by Michel De Certeau’s concept of “la perruque”, in which workers undermine their oppression through small diversions of their employer’s time and resources, this video parodies the alienation and feminization of bureaucratic labor, offering an absurdist vision of workplace rebellion through floral non-productivity.

“Aw. Who bought you flowers?”Me.

perfect365’ is a video that is made entirely with the smartphone photo editing applications Perfect365 and FaceFilm. A single selfie is cycled 108 times through the same application, perfect365, where Face Detection automatically adds layered makeup filters. The same process repeated until the application is unable to detect a face anymore. Each recursively treated image is then fed to a face morphing app called FaceFilm, where a video document of the process is generated.

Business Crush performs within two genres of video making made popular by YouTube: crush fetish and ASMR. Tropes are continuously inherited from film for use in pornography and user generated videos. Genre, trope, and video frames have historical context laid within there infrastructure. Business Crush plays with commodity, pornography and the internet video to look at self objectification and subjectification.

Fads constantly come and go. Trending, dissolving, re-trending. Is there a pattern to the things that we’re attracted to? Or are they just distractions in a never-ending cycle – a mesmerizing hypnosis that perpetuates white patriarchal beauty standards, hetero-norms, and other facades?(Original footage appropriated from 1992 Alberto European hair products commercial.)

Many transmen affirm their masculinity with beards or mustaches. In this video, Nathalie Lemoine performs masculinity by transferring 100 grams of their own hair to their face to become a realistic Asian man.

This is a piece that works in response to individuals’ social media posts, that make news topics and/or movements about their self when it is not their story. It is a parody of those who always must give personal insight with personal anecdotes that are taking away from the real story. especially when usually, the real story is truly oppressive for others’ personal lives. The piece is meant to be very short, so that it does not take up space. It hopes to be light. The long amount of silence in the video should provoke viewers to take time to critique their own actions, experiences, choices, etc. and how they may take up space or negatively affect/effect those who need a voice the most. The video hopes to promote listening and reflecting.

Nabeela Vega uses a split screen to create tension between simultaneous actions as the artist adorns, effects and purges fluid from their body in a ritual of cleansing and sacrifice. The body is referenced and explored as a temple within Indo-islamic traditions

Bar-Beds is a video aftermath: the hands shown here are rubbing together at sunset in a prairie outside Kansas City, Missouri after eating an entire rack of ribs. The video, created shortly after the death of a lover; produces a simultaneous image: one that showcases a national narrative of “wiping hands clean” between racist and bigoted historic/contemporary relationships between Anglo-American oppression and white guilt, and personal grief. Finishing the eating of flesh, only the blood-colored barbecue stains remain, as the wringing hands during sunset mark a Lady-Macbeth’esque gesture toward personal and collective memory and pain, without defining clean resolution.

Stertz’s performance, LEFT OUT, is a critical approach to the notion of ‘capitalism’ and therewith ‘society’ and ‘community’. Walter Benjamin wrote in his fragments that capitalism is a religion without salvation. no hope, but desperation. no salvation, but debt. Giorgio Agamben picked up this thought and stated in his book “profanations” that we are currently living a shift in value. from use to exhibition value. a capitalistic religion, he says, is about to create an absolute unprofanable, because in difference to christianity, capitalism generalizes the structure of segregation into all possible fields (not only religion). with capitalism we find ourselves in the sphere of consumerism. we are in this world and we function in this world. – LEFT OUT seeks to draw a picture on that constant dual moment of ‘functioning’ and ‘modes of being’ and, thus, questions the state of living; in other words: the state of freedom.

“Holocene Epoch is the latest interval of geologic time, coincident with the late and post-Stone Age history of mankind. The influence of humans is of world extent and is so profound that it seems appropriate to have a special geologic name for this time.” – Encyclopaedia Britannica

With humanity’s profound impact on the Earth’s current state, does it not beg to question if we are to continue to rise will we go the route of trans-human or post-human?

Tutu: Shayo’s prophecy is a manifestation of the future, of possible transformations.

I pose
You pose
We pose
She blows
No one know

“Plastic Dream Ritual” is based on a dream in a sparkly world. Using a glitter-based talisman, the artist attempts a ritual to open a portal into this world.

As a queer artist I seek to create a temporal historical rupture and point backwards to forms of historical queerness. By engaging in the art of queer craft aesthetic, I hand crafted my own version of a Wonder Woman costume. During the performance They Wonder I repeatedly spin around and around in circles. I am interested in the continuous action of spinning and getting no-where, falling down and getting back up. This specific action of spinning comes from Dara Birnbaum’s Technology/Transformation: Wonder Woman (1978). Birnbaum appropriates and edits footage from the 1970’s TV show of Lynda Carter as “Wonder Woman” whirling around and around. Clair Bishop states in Radical Museology, that artist must not bend to the pressures of commodification, “but that they mobilize the world of visual production to inspire the necessity of standing on the right side of history.” They Wonder goes against the populist template of art as a form of leisure or entertainment. Comic Books have always revealed themes and characters that can be identified as queer, the majority of superheroes always live two lives, one as hero and one as civilian. They Wonder performs this doubling. After the performance is complete I change out of my costume. Audience members fail to recognize me as Wonder Woman.

“They may not be worshipped, but they have not been forgotten, and that itself is a start.” – Wonder Woman

transformationes is a short stop motion film based on drawings. the film shows a fluid metamorphosis of sex. the drawings are visual interpretations to donated pictures of genitals from people of various sex & gender.

Rébecca Lavoie is a curator-artist and researcher from Montreal. Her curatorial practice as well as her video work and drawings are informed by intersectional politics and fed by mimicry and laughter. Interrogating the making of gender and sexuality, their performances and representations, her practice is geared towards imagining different and potentially glorious worlds. Her academic research examines how feminist and queer artistic practice works to carve out spaces within urban land­scapes for com­mu­nity build­ing. She co-created and curates In/habit roving art series with Chicago-based artist Mitsu Salmon. http://inhabitartseries.weebly.com 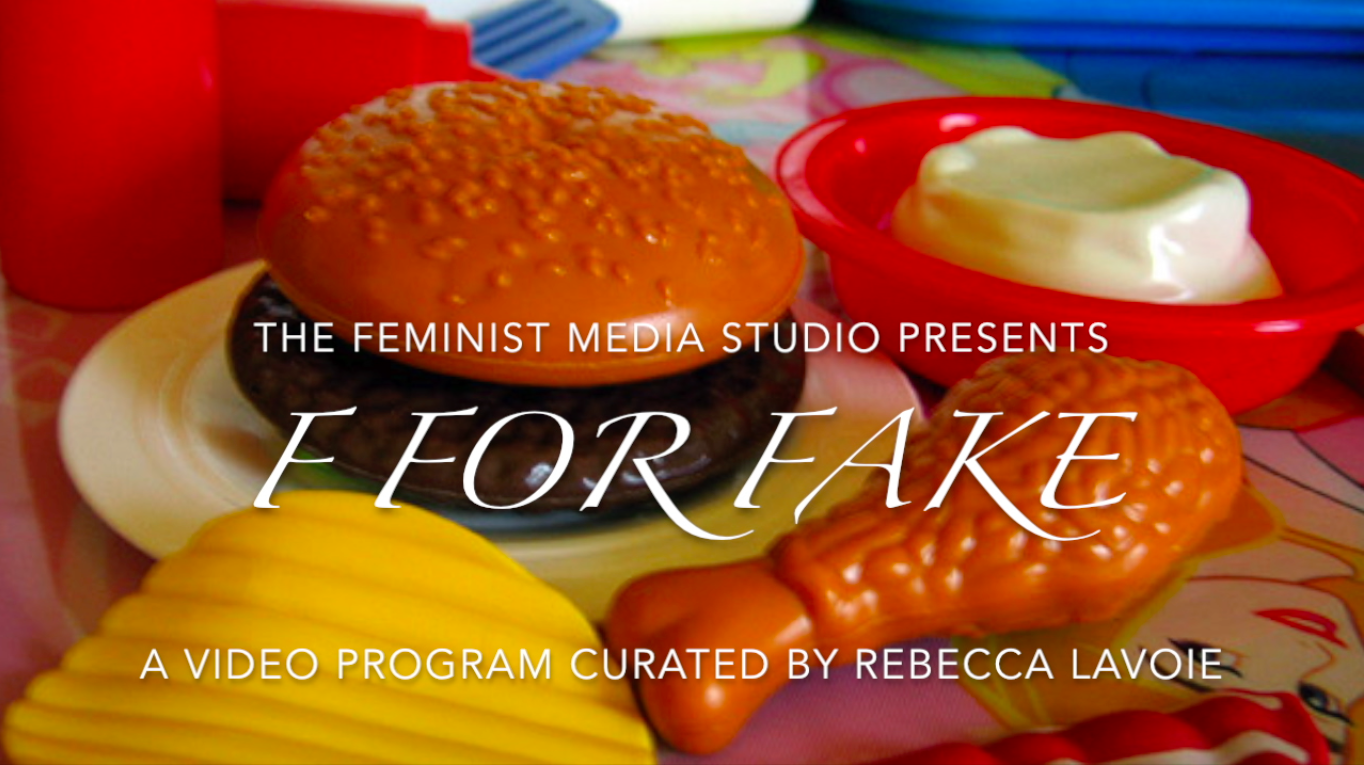 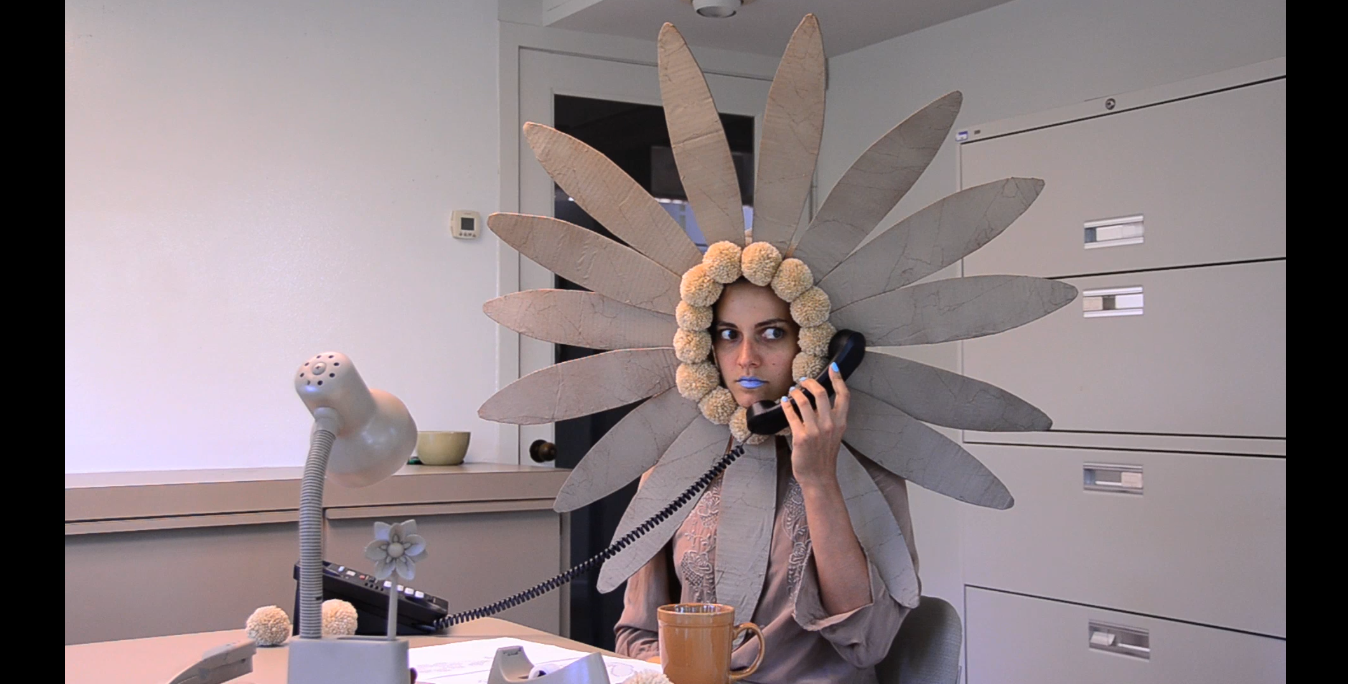 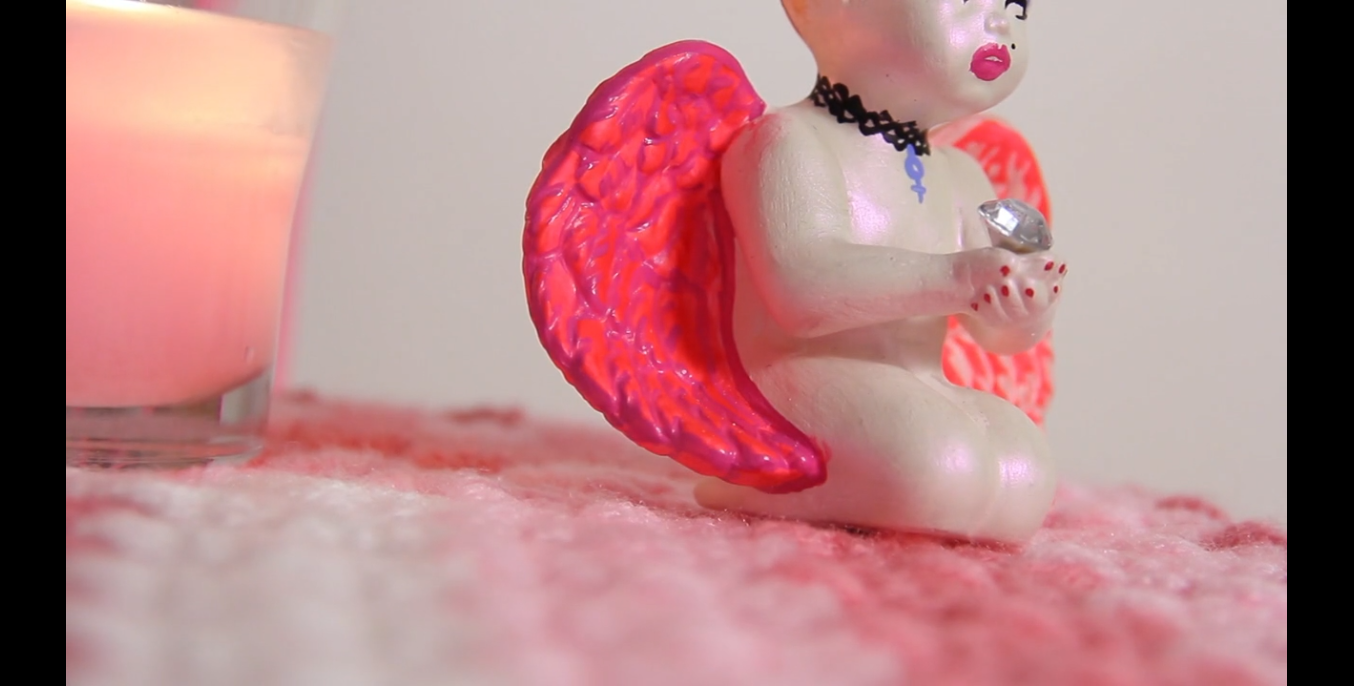 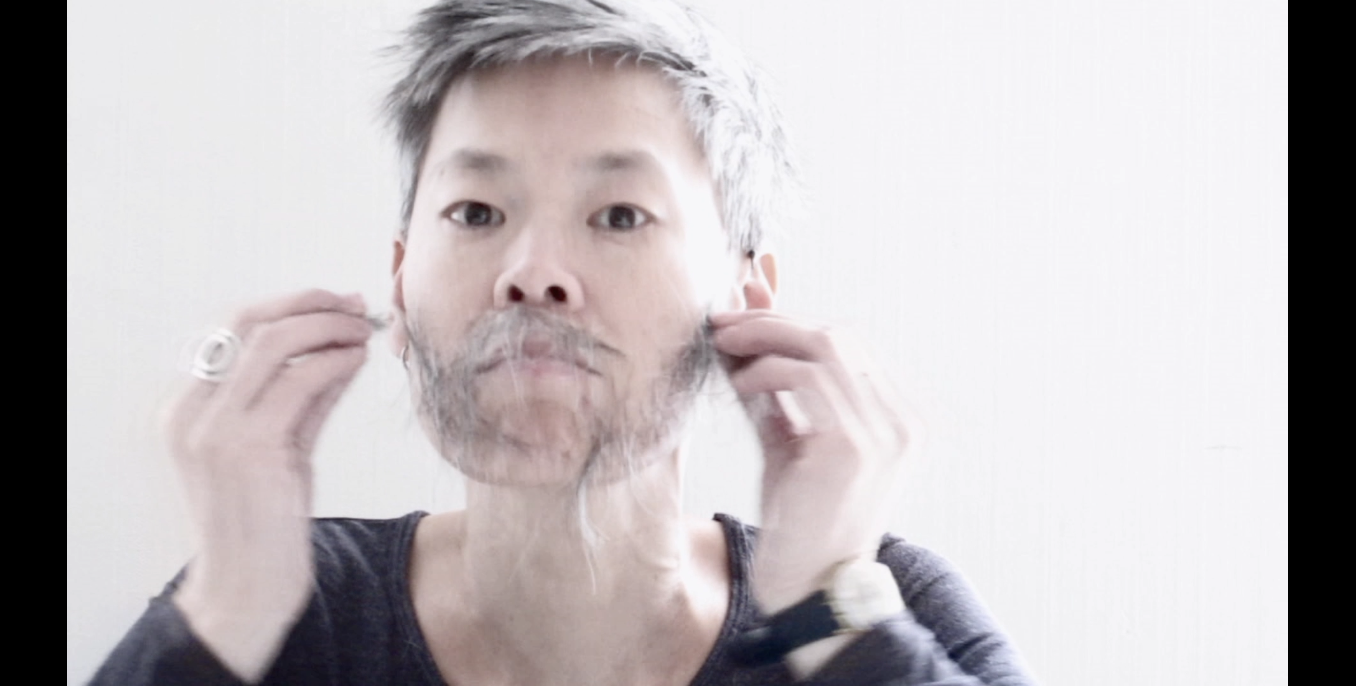 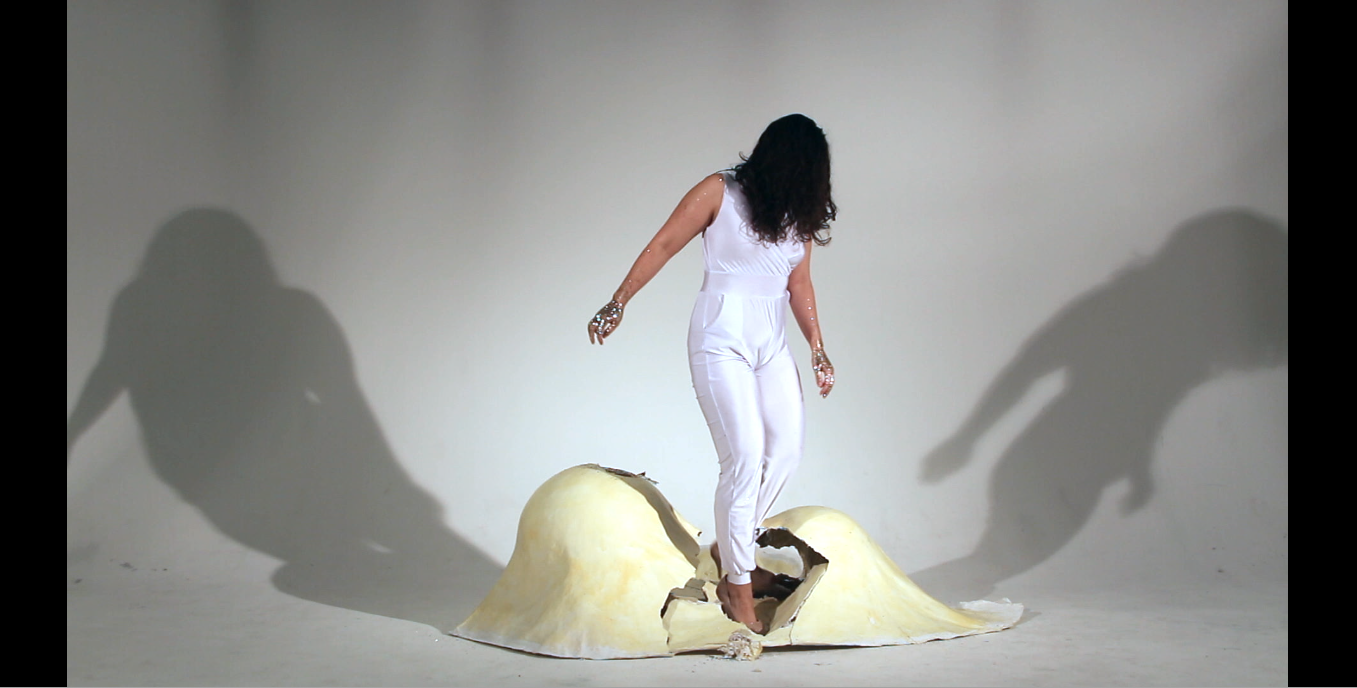 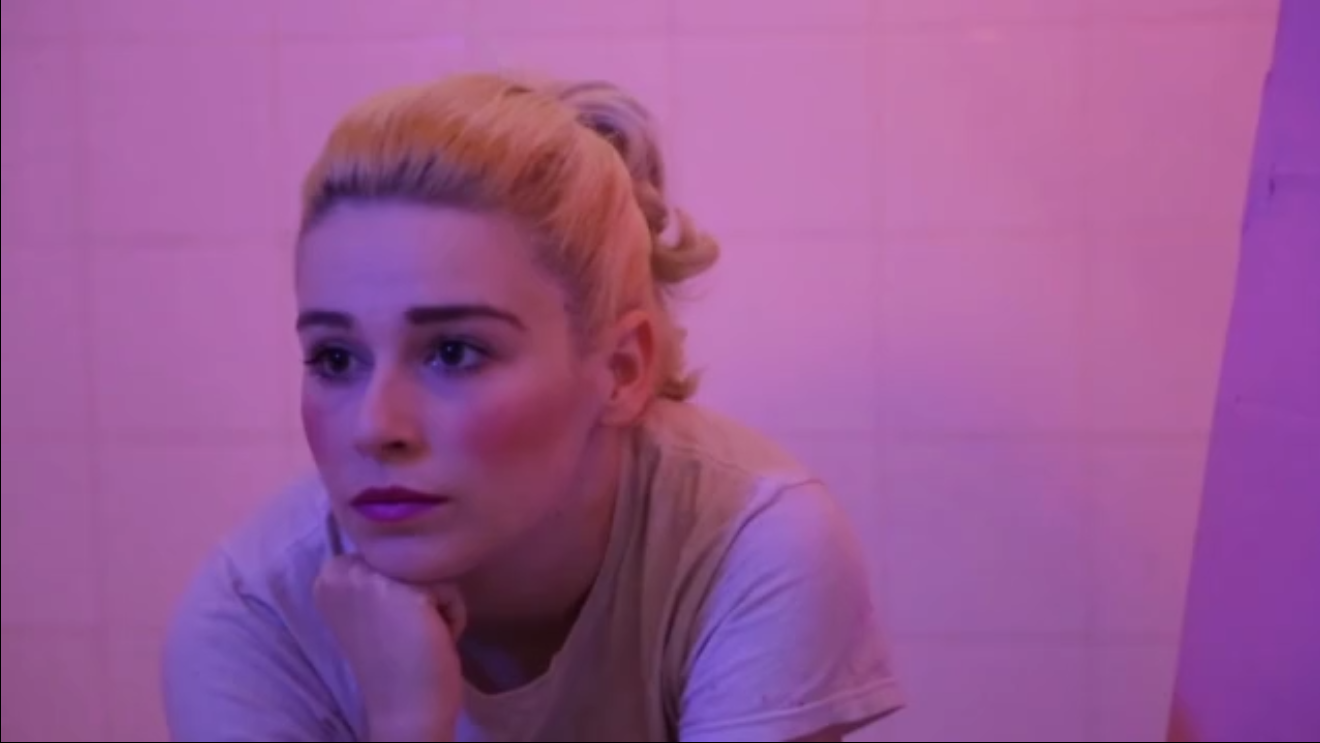 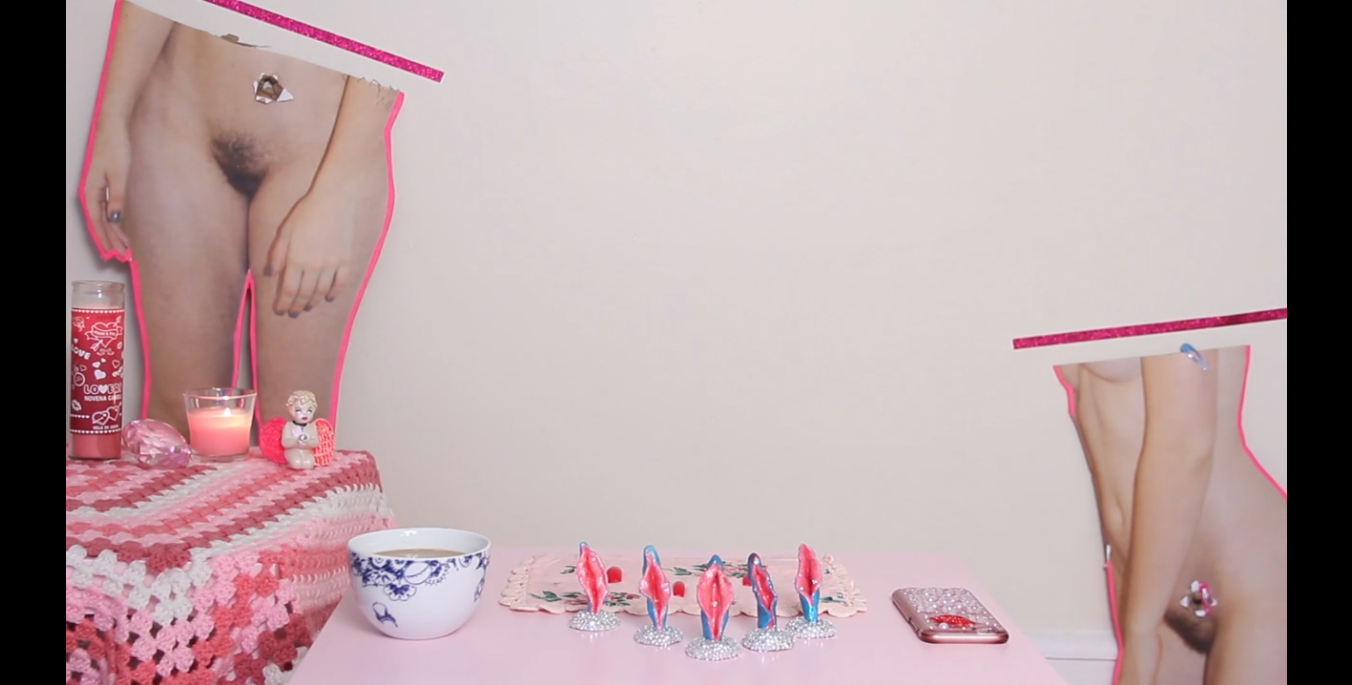 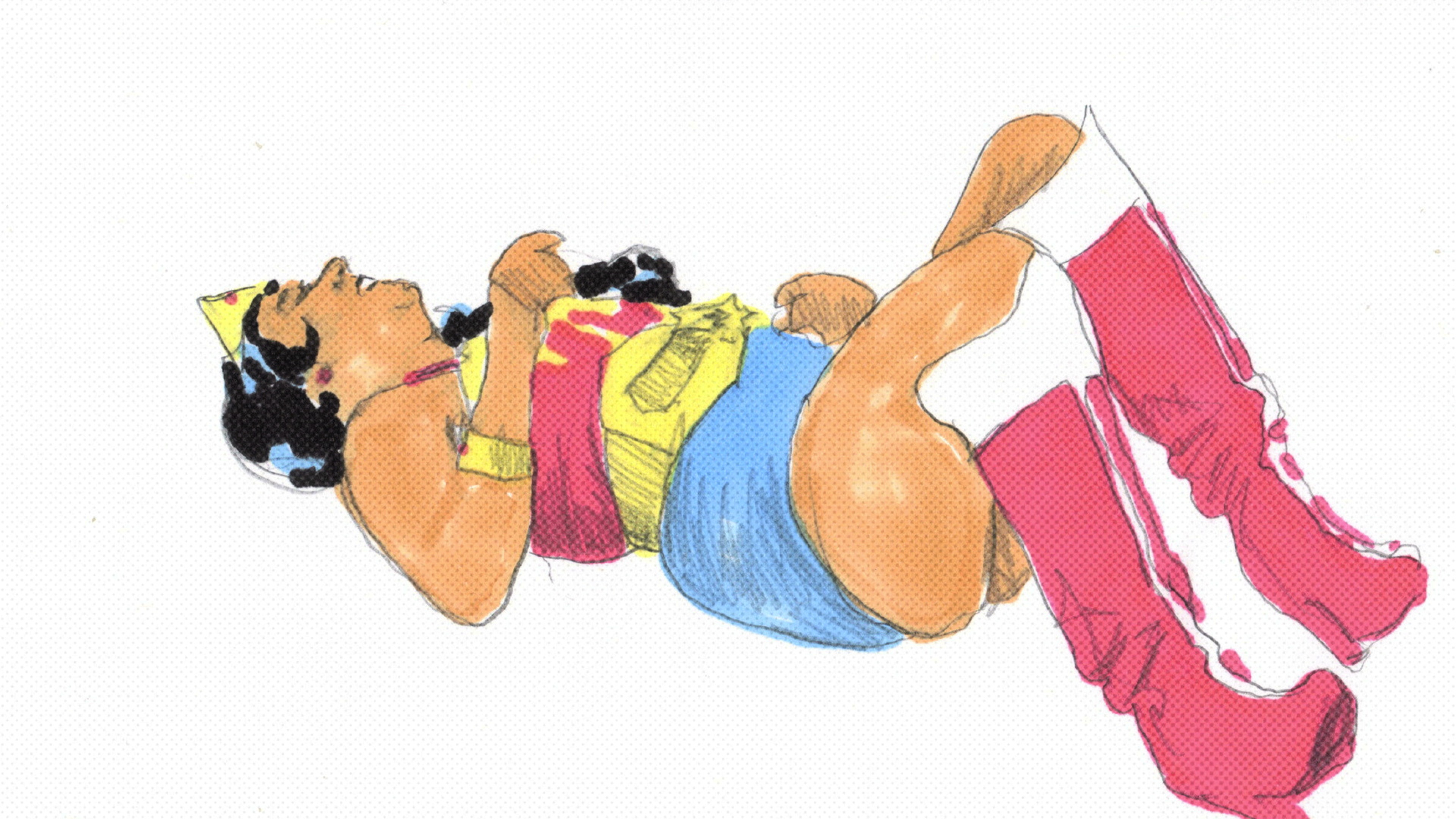