The Feminist Media Studio is excited to open the new academic year with a new video piece by lily corne klein presented on the Studio’s Lobby Screen.

“To access queer visuality we may need to squint, to strain our vision and force it to see otherwise, beyond the limited vista of the here and now,” José Esteban Muñoz instructs in his powerful and ardent book Cruising Utopia: The Then and There of Queer Futurity. Muñoz’s poignant theory and methodology inspire this new video piece by lily corne klein. Moments of Collective Transport approaches cinema and the aesthetic as arenas in which we can let ourselves feel the pull of a queerness to come and begin looking beyond a narrow version of the here and now.

Mining an archive of queer films spanning four decades, Moments of Collective Transport pulls together compelling and affecting moments which employ various techniques of the force field of affect and political desire that Muñoz calls ‘utopian longing’. This video collage weaves together a new narrative and explores the various modes and methods that filmmakers and their characters practice as a means of resistance and survival for enduring a present which is so often ravaging and deficient. Moments of Collective Transport and Cruising Utopia both insist that at this moment, queer visual culture must nourish a sense of potentiality rather than reinforce the pervasive queer feeling of disappointment.

Following this queer utopian impulse and seizing upon it in each of the selected films, Moments of Collective Transport puts the films and their characters into direct dialogue with one another. The video performs a reparative reading as it works to form a ‘community’ among the films and their characters, by situating them in new contexts, giving new meaning to gestures and events, fostering kinship across generations and disparate communities, and allowing a new, more hopeful narrative to emerge. While the video traces its characters’ attempts to step out of this time and place, Moments of Collective Transport invites the viewer to engage in a temporal and spatial distortion alongside them, to glimpse and begin to approach something new, something brighter, something dawning.

The following films make up the source material for Moments of Collective Transport: 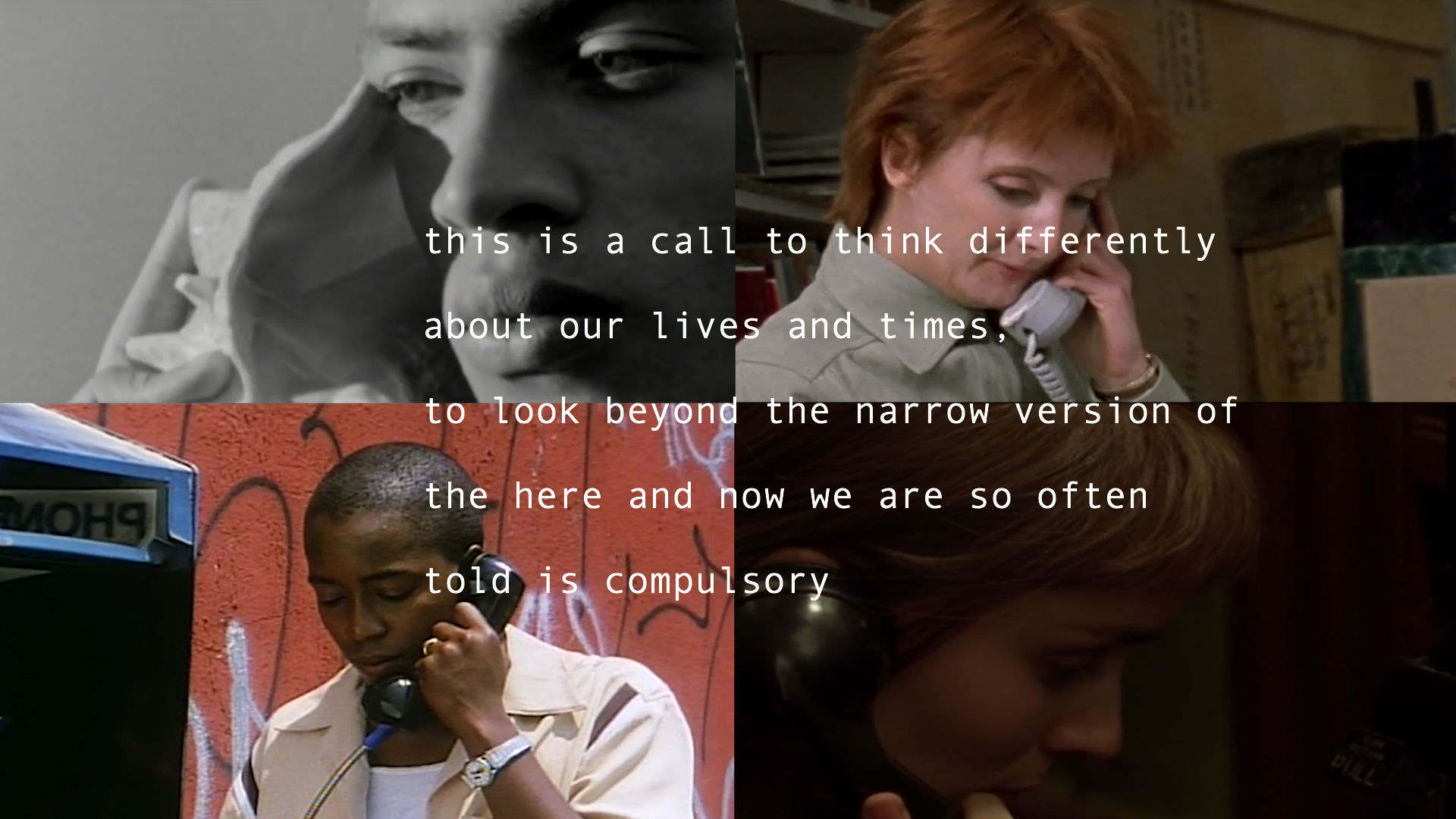